• I’m still getting the hang of WordPress’s blog platform and features. I create the posts on a Mac desktop, and I’d love to know how the blog looks and performs on various platforms: smartphones, tablets, laptops, desktops, Mac and PC, and such.

• So far, I’ve transcribed a few original documents and posted them as WordPress block quotes. The block quote tool is limited in its formatting choices, and often does weird and unpredictable things to indents, spacings and font sizes. And the dark-ish gray font on the light gray block quote box could pose readability problems for some readers. Question for you readers: would it be better if I posted black and white pdfs of word-processed transcriptions (which would also allow more precise transcription of the original document format), or are the block quotes OK?

END_OF_DOCUMENT_TOKEN_TO_BE_REPLACED

Today’s featured item is the earliest document (that I’ve seen so far) of the life of Jonathan M. Clark, and it has a great deal of interesting personal information. It is the official copy of JMC’s enlistment in the United States Army.

END_OF_DOCUMENT_TOKEN_TO_BE_REPLACED

This document is probably the earliest record we have of Jonathan M. Clark in old Washington County, Wisconsin. It is the handwritten marriage license that Jonathan obtained in early 1840. Transcribed, it reads:

END_OF_DOCUMENT_TOKEN_TO_BE_REPLACED

Where are we? Well, if you’re looking at this handsome stone house in real life, you’re standing by the front door of the Jonathan Clark House Museum, looking northward. On a modern map you can find it at 13615 N. Cedarburg Road—on the intersection with Bonniwell Road—Mequon, Wisconsin. If you’d like to visit the museum, click here for more info.

END_OF_DOCUMENT_TOKEN_TO_BE_REPLACED

NOTE: this 2016 post has been re-posted and updated on November 28, 2020, as Happy 208th Birthday, Jonathan! Please click the link to read the updated version. There are many corrections and additions to the original post that you don’t want to miss. 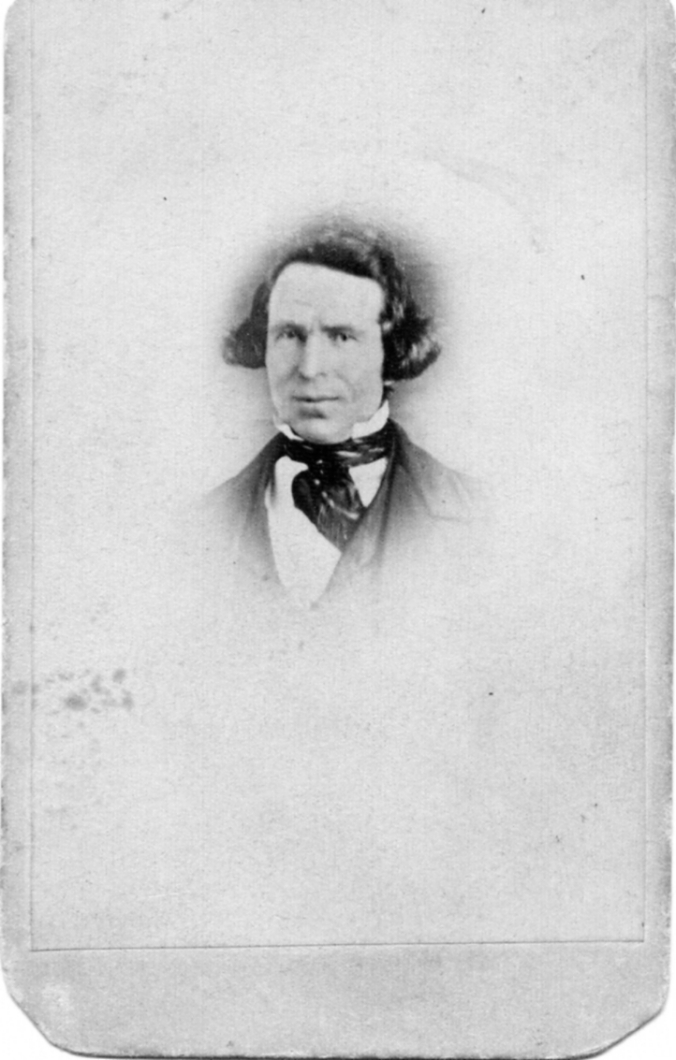 There he is. Jonathan M. Clark, builder and first owner of the handsome stone home that is now the  Jonathan Clark House Museum in Mequon, Wisconsin. He was probably born in Vermont, possibly on November 28, 1812, and he died in September, 1857. Before coming to Mequon, he served in the United States Army at Fort Howard from 1833 to 1836. He married Mary Turck, eldest child of Mequon pioneer Peter Turck, on March 15, 1840. They had a large family. We even have a photograph of JMC as an adult. In some ways, we know quite a bit about Jonathan M. Clark.

END_OF_DOCUMENT_TOKEN_TO_BE_REPLACED

UPDATE, January 30, 2021: this post was the second-ever post on Clark House Historian. It represented what we knew at the time about Mary Turck, the daughter of Peter Turck and Rachael Gay, wife of Jonathan M. Clark, and mother of the eight Clark family children. This original post was pretty accurate, and I’m leaving it here for reference. But we have learned a lot more about Mary and her Turck and Clark families in the intervening almost-5 years. For the most up-to-date info on Mary Turck Clark, please go the the revised version of this biographical sketch. Thanks for reading!

It is a commonplace of genealogical and historical research that women and their stories are the “forgotten fifty percent.” In most North American societies it was, and in many places remains, the custom that upon marriage the woman took her husband’s surname. Some documents that recorded marriages, births and deaths might include a place for the woman’s surname, and sometimes the names of her parents, but this information was often left blank. After a generation or two, the woman’s name and those of her parents and grandparents would be completely forgotten, even by her closest descendants.